Do You Need to Hold Shareholder Meetings? 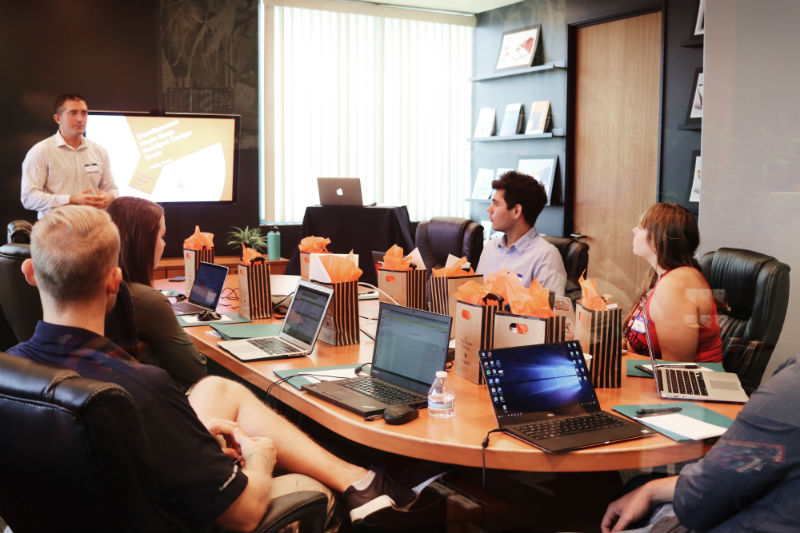 When an owner decides to incorporate their business, they are opting to designate their company as a separate and distinct legal entity.  For instance, upon successful incorporation (which often-times means registering the business as an “LLC” or a “Corporation”), the company is treated as if it were “just another individual” with its own bank accounts, tax responsibilities, legal representatives, debts, and other liabilities.

From an owner’s perspective, incorporating a business establishes a protective barrier—also called a corporate veil—that separates the company’s obligations from the owner’s personal obligations.  However, treating a business as “just another individual” can only go so far.  For example, while an incorporated business can repay debts like an individual, it is incapable of making its own investments.  It also can’t determine the prices of its shares.  In general, a business cannot represent itself as an artificial person, and somebody (more often, a group of people) must make business decisions on behalf of the company.  But who might have this power?

The shareholders must come together on a regular-basis to determine the fate and direction of the company they collectively own.  For Corporations, these key discussions and decisions often-times occur at the shareholder meetings.

Shareholder Meetings: Who Attends and Why?

Shareholder meetings—also called general meetings—should involve every individual that holds a share in the company.  The total number of shareholders can vary dramatically from business-to-business, largely depending on whether the company is privately- or publicly-held.

In most cases, the shareholders of a privately-held company are the founders, the private-investors, or other high-ranking managers.  Until the company sells a portion of its shares to the public (this is called an Initial Public Offering or IPO), only highly-affiliated, well-connected individuals have access to the private shares.  On the other hand, the shares of a publicly-held company are accessible to the general public, meaning that individuals with minimal connection to the company can obtain partial ownership.

In either case, when an individual purchases private or public shares, they become a shareholder of that company and assume the rights and duties associated with company ownership—such as attending shareholder meetings.

So as a shareholder, what’s the importance of attending these meetings?  Earlier we discussed how incorporated businesses are legally treated like any other individual.  While they may be able to generate revenue, take-out loans, accept liability, and repay debts like any other person, they simply cannot make decisions to determine their own fate.  The shareholders—often times at shareholder meetings—collectively make these key business decisions that dictate the direction of the company.   Commonly discussed topics at these meetings include:

Importantly, these types of conversations often manifest in a vote among shareholders.  This is perhaps the most important reason why shareholders should attend shareholder meetings: their vote (on various issues) will influence the future of the company.

Establishing The Time and Place

In many ways, a Corporation’s bylaws are its chief organizational document, essentially establishing the rules for a corporation’s group of owners.  In addition to determining things like voting procedures, amending agreements, and members’ voting rights, bylaws will also set the rules for shareholder meetings.

Well-drafted bylaws will include clear and detailed information regarding meetings, such as the location of shareholder meetings, regularity of meetings (bi-weekly, monthly, annually, etc.), and the proceedings of the conferences.

One more key point worth mentioning: a detailed account of the proceedings at a shareholders meeting should be maintained.  These notes (often called minutes) are key pieces of evidence should a corporation—for whatever reason—be under investigation.  They should include details like the date/location of the meeting, topics discussed, a record of votes, any outcomes or resolutions, and who was in-attendance.

While regularly scheduled meetings are highly recommended for LLCs, they are mandatory for Corporations.  In-fact, Corporations that fail to hold these important meetings risk losing their state-granted “corporate-status” and all of the benefits that come with incorporation.

Regardless of the size of the Corporation, shareholders should gather regularly to discuss and determine the direction of their company.  These conversations and votes usually occur at the shareholder meetings (such as annual meetings) but can also occur at specially-held meetings.  The time, place, regularity, and conditions of these meetings should be defined in the Corporation’s bylaws.

Buy-Sell Agreements: Should My Company Have One?
Need Legal Help for your Company?
Talk to a Corporate Lawyer Today