How Can I Get Out of My Business Contract? 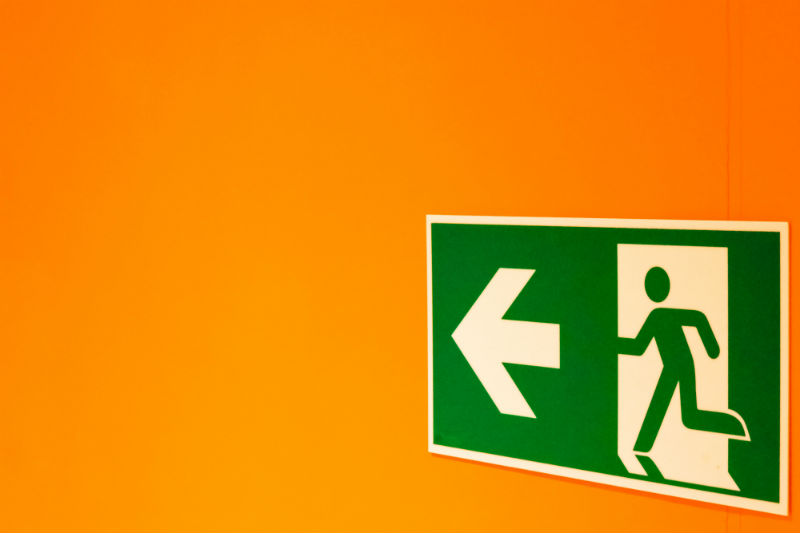 Signing a business contract is not a matter to be taken lightly.  A contract between parties—so long as it’s written and signed—is a legally enforceable document, and signees are generally incapable of simply “leaving” the arrangement or “voiding” the contract at-will.

In an ideal world, business owners would draft a contract, an experienced attorney would ensure the strength and durability of the agreement, signees would remain faithful to the terms and conditions, and both parties would proceed with a successful business relationship.

Realistically however, unforeseen circumstances can render one (or both) sides unable to maintain their initial contractual commitments.  Likewise, some parties will undercut negotiations by purposefully introducing uncertainty and ambiguity into the agreement, ultimately for their gain at the other party’s expense.

So can a party void their contract as a result of unanticipated events or deceptive tactics?  Generally not; again, signing a written contract is a serious commitment and only under extreme circumstances can the agreement be broken.  For this reason, business owners should contact an experienced legal professional before signing.  Not only can a business attorney ensure the contract is unambiguous and loophole-free, they can give owners a realistic view of the consequences of signing a legally-binding agreement with another party.

Is there an “Escape” Clause?

In some situations, parties can legally void their business agreement.  Most of the time however, breaking a contract—whether intentionally or by-accident—is accompanied by financial penalties, legal costs, and even litigation.  Savvy owners might consider writing “escape clauses” into their agreement during the drafting phase of the business contract.

Escape clauses are arguably the easiest and least-costly way to terminate a contract early.  The obvious caveat, however, is that these “escape situations” must be predefined in the original contract.  Generally, you can’t enter a contract agreement, then amend new escape clauses when things aren’t going well.  Legally, there is nothing wrong with this.  From a practical standpoint, other parties won’t allow it.

In the absence of an escape clause, owners are generally “locked” into their business contract.  There are some, albeit rare, situations where a party can legally break their contractual obligations.  These extenuating circumstances might include contract breach, incapacity, fraud, or an impossibility to fulfill the contract terms.

If two (or more) parties sign a contract and one signee unlawfully breaches the agreement, the other parties may not be required to fulfill their contractual obligations.  The term “breach” can mean a number of things, and in most instances, the alleged infraction must be proved in court.  Generally, breach occurs any time a party acts contrary to contract terms, refuses to maintain its contractual obligations, or prevents other parties from fulfilling their responsibilities.

Contracts are typically negated when a signee becomes incapacitated.  This may or may not have to be written into the contact terms, but generally if an individual is deemed mentally incapable to maintain their end of the agreement, they are excused from the legal ramifications associated with premature contact termination.  Similarly, deceased individuals are not held accountable to contract terms.

If the contract is based on fraudulent or misrepresented information, it may be legally broken by the defrauded party.  Of course, signees should do everything in their power to ensure the legitimacy the contract information before signing in the first place.  While contracts can be voided for fraud or misrepresentation, this must be proved in a court of law, which can be time-consuming and legally costly.

If fulfilling your contractual obligation is deemed impossible to perform, the contract may be lawfully terminated.  The circumstances for voiding a contract based on “impossibility to perform” are rare.  For example, death or incapacity are considered legitimate reasons that render an individual incapable to fulfill their responsibilities.  Other examples may include traumatic and unexpected events, such as automobile accidents or natural disasters.

Again, there aren’t many legally permissible circumstances under which a party can break their business contract.  These documents are legally enforceable and simply can’t be voided at-will.  That said, some situations—such as contract breach, incapacity, fraud, or an impossibility to fulfill the contract terms—may allow signees to annul their agreement.  Even so, voiding a contract under these circumstances will require legal action and an experienced attorney.

Perhaps the best plan for concerned business owners is to discuss escape clauses before any contract-signing takes place.  Alternatively, it’s important to remember that the negotiating table is always an option.  For owners looking to leave their contract, a detailed discussion and negotiation with the other parties—mediated through an experienced attorney, of course—may prove to be incredibly helpful.

Buy-Sell Agreements: Should My Company Have One?
Need Help With One of Your Contracts?
Talk to a Contract Lawyer