Demand Letters: What You Need to Know 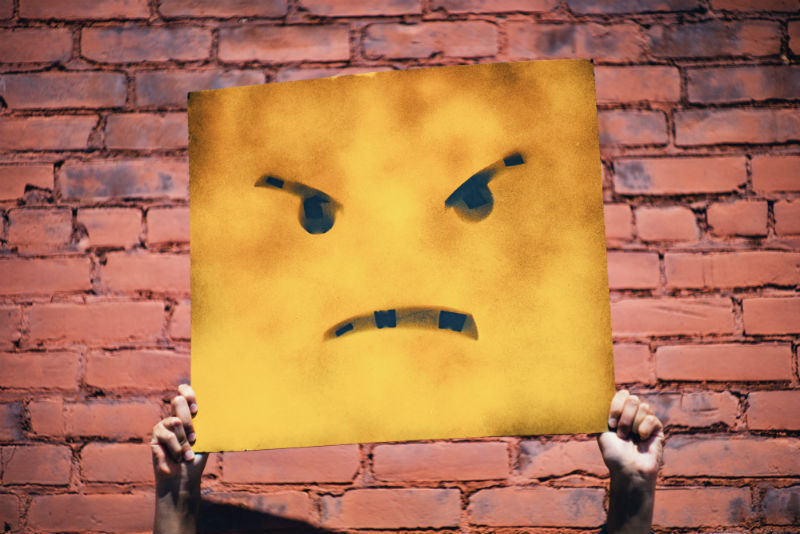 It didn’t have to come to this. You are owed money and the other party isn’t paying it. You have already tried phone calls and emails – or in person meetings and text messages, and still they won’t pay. Unfortunately, you need to take the next step: the step that shows you’re serious and mean business. It’s time you had an attorney send an official demand letter.

We talked to top business attorneys in several states, and sourced the best information from the web, to understand all the do’s and don’ts of demand letters. What is a demand letter? When should you send one? What tips are there to give your demand letter the best shot at success? What happens if your letter is ignored? Finally, what do you do if your demand letter doesn’t “work” – and you need to take the next step?

At the end of this article, you should be armed with the benefits of the demand letter, how to create one, and what to do based on the response, or lack of response, of the other party.

What is a Demand Letter?

A demand letter (some call it a “letter of demand of payment” or “cease and desist letter”) is a typically an attorney drafted letter which makes a legal claim, demanding restitution or performance of an obligation. The need arises based on the other party’s alleged breach of contract, trademark infringement, or if they committed a legal wrong.

The demand letter typically consists of the following:

1. A brief review of the history of the relationship

2. Explanation of the problem and alleged damages

3. Discussion of prior attempts for restitution (payment)

4. Your official demand for restitution and the timing of that restitution

5. What your next steps will be in the event that the demand letter did not produce the outcome you were seeking.

The demand letter from an accident or injury might have some different components. That letter will likely include:

1. Description of the incident or accident

2. Discussion of the accident liability

3. Description of any personal injuries

4. Description of medical treatments, including chiropractic work and physical therapy (often referred to as “PT”)

5. List of medical bills and any lost income statements

7. What your next steps will be in the event that the demand letter did not produce the outcome you were seeking.

Although demand letters are not legally required they are frequently used, especially in contract law, tort law, and commercial law cases. For example, if one anticipates a breach, it is advantageous to send a demand letter asserting that the other side appears to be in breach and requesting assurances of performances. They are also seen favorably in courts of law, in that you took the appropriate steps in trying to satisfy your demands before proceeding to litigation.

Demand letters that are not responded to may constitute admissions by silence. Also, a demand letter will often generate a denial letter stating the basis for rejecting your side's claim (such as when the incorrect entity is sued), and is sometimes a good forecast of what defense arguments will be raised if suit is brought later.

When To Send a Demand Letter

While demand letters are sometimes sent as a form of harassment or intimidation, in most practical uses, they represent the next step after a failed attempt to get restitution or obligation of a commitment through less formal means.

“Less formal” means that you have made a reasonable effort to contact the other party to resolve the situation. That could mean phone calls, in-person visits, text messages, or other written communication.

A demand letter is simply that: an official letter demanding something. While one can try to create a demand letter on their own, our research shows that a letter coming from a reputable law firm or attorney has the most impact. The recipient finds it much harder to ignore those kinds of letters; and the level of seriousness goes up by several factors.

Below are some common reasons for demand letters.

Someone owes you money

Someone owes you money either contractually or because an error or unlawful activity on their part ended up costing you. Recently, a major Los Angeles advertising agency sent a demand letter to one of their clients after the client cancelled a major advertising schedule. According to their mutually signed contract, in the event of a schedule cancellation, the client would still owe the agency’s commission for the planning work they completed. When the agency sent an invoice, it was ignored for weeks. Phone calls and emails produced nothing. So, they worked with an accredited California law firm to send a well-thought-out demand letter. The result? Within two weeks the agency was paid every cent owed to them. It wasn’t until the demand letter was sent by the law firm that the client took the claim seriously. Why? Because they knew that a lawsuit was next – and the contractual language was hugely in the agency’s favor.

Someone is obliged to you in some way

An agreement is in place for one party to complete a job for another party, which they failed to complete. For example, you’re having a new roof put on your house. Halfway through the job, the contractors stop work. While that might be an extreme case, we’ve seen worse! A demand letter in this case carries the threat of a future lawsuit, not to mention actions against their contractors licensing and bad reviews on social media

The more likely scenario is that while an agreement is in place to do a job, there is a disagreement about specifically what the 2nd party was supposed to do. Think about this scenario: you needed to have your house repainted. You had the reasonable expectation that a painter would strip and prime your house before painting it. But the painter ends up just painting over the old paint, resulting in bubbles and flaking within a few days. In your view, they did complete their job. Here, you have a couple of options – you could send a demand letter asking them to come back and do the job correctly. Alternatively, you could pay another painter to come and do the job correctly and then present the original painter with a bill in your demand letter. The second scenario is obviously not ideal – it’s hard to imagine a painter writing a check to another painter – but sometimes these more drastic measures are required, depending on the initial response of the first painter.

Insurance claims from an injury

It is recommended that this personal injury (“P.I.”) demand letter includes supplemental documents that are referenced in the letter. This could include things like accident reports, photographs of the accident/injuries, medical bills, doctor’s statements, and physical therapy charges.

Just remember that in the United States, demand letters from a debt collector relating to a consumer debt must comply with the Fair Debt Collection Practices Act.

One of several things can happen.

The best scenario is that the company accepts your demand and quickly pays your or fulfills on their obligation to you. Yay! You did it! Hopefully there are no hard feelings between the parties after this successful resolution. More likely, neither party will be working with the other in the future. But you got your money/job done.

If the demand letter was accepted by an insurance company, the settlement can go forward. In all probability, they will ask you to sign a release of liability in exchange for your compensation. Note – this is rare. Our research has shown that more and more often, insurance companies make the effort to settle your demand at a reduced cost – sometimes offering pennies against what you believe to be the full financial damages and costs.

You accept a counter-offer

Perhaps the second-best scenario is that you get a counter-offer to your demand. Despite it not being everything you wanted, it’s most of what you wanted. Weighing the counter-offer versus going forward with the time and expense of a lawsuit, where the judge may only grant you partially what you were owed anyway, think hard before rejecting the counter. But of course, it’s your choice.

If after considering the counter-offer you aren’t satisfied, you can follow up with a subsequent demand letter, or move to litigation.

The second party can refuse to pay anything (or complete their work) and completely deny your claim.

In personal injury, a denial of a claim is rare, since most insurance companies want to settle a claim before the case goes to trial. Denials usually only happen when the claim is clearly unsupported by evidence or there are damaging procedural issues with the claim.

In business matters, what is likely more common is not hearing anything at all from the second party. However, if they are to respond in the negative, our research has revealed three “flavors” of response:

1. A polite “no” where they try to state their side of the story. They might ask you to reconsider, or ask for the opportunity to talk it out.

2. A hard “no”. You can almost feel the anger coming through their response.

3. A very aggressive “no” where not only are they denying your demand, but they might have some demands of their own. Note: this is rare.

You can choose #1 and see where that takes you, but if one of the latter two scenarios occurs, you’re going to have to file a lawsuit if you want to get any further.

The other party doesn’t respond

If your demand letter goes unanswered, and you’re sure you didn’t have the wrong address, the first step is to send a follow up letter. There is a (small) chance that they didn’t see your first letter. You might want to send this second letter by certified mail with a return receipt to make sure the second party received it. You can even have your attorney follow-up in a phone call or voicemail to increase the odds that the other party pays attention to the demand. If you continue to receive no response, it might be time to file a lawsuit.

Attorneys we spoke with recommended being polite, sticking to the facts, and making very clear your demands, including the date by which you would like to have a response. While you don’t have to threaten lawsuit in the event that they deny your claim, many demand letters do just that. Rather, you can also have a vaguer threat, something along the lines of “appropriate measures” in the event that they refute or ignore your demand.

If you're writing the demand on your own, read our article How to Write an Effective Demand Letter for more info.

The benefits of using an attorney

Plus, an attorney is always thinking about building the case in the event that the demand isn’t resolved in your favor and needs to advance to litigation. They’ll know how to build the history of the case through the letter, capturing in writing the reasons for the letter and the facts of the case, as you know them.

BizCounsel knows the value of attorney drafted and sent demand letters. BizCounsel was started by some of LegalZoom’s founders, so you know they’ve found a way to make the law efficient, effective, and affordable.

For a modest fee, BizCounsel will team you with a dedicated business attorney who can either draft and send your letter, and call it a day; or stay with you through resolution, whether that requires follow up letters, a serious phone call to the second party, or help getting your lawsuit together. 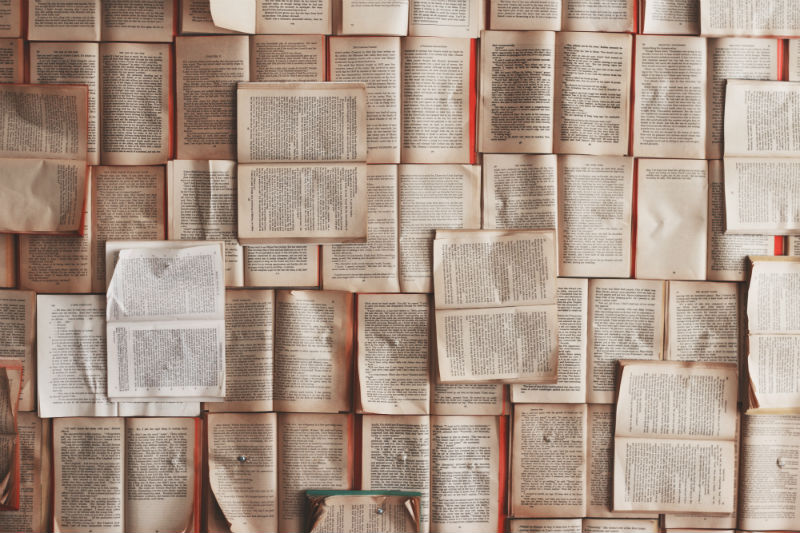 How to Write a Cease & Desist Letter for Copyright Infringement 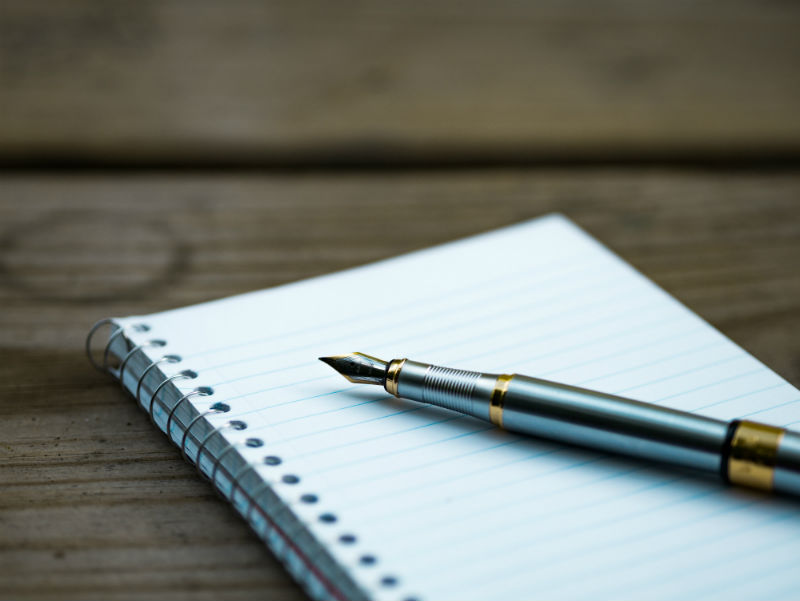 How to Write a Cease & Desist Letter for Copyright Infringement

How to Write an Effective Demand Letter