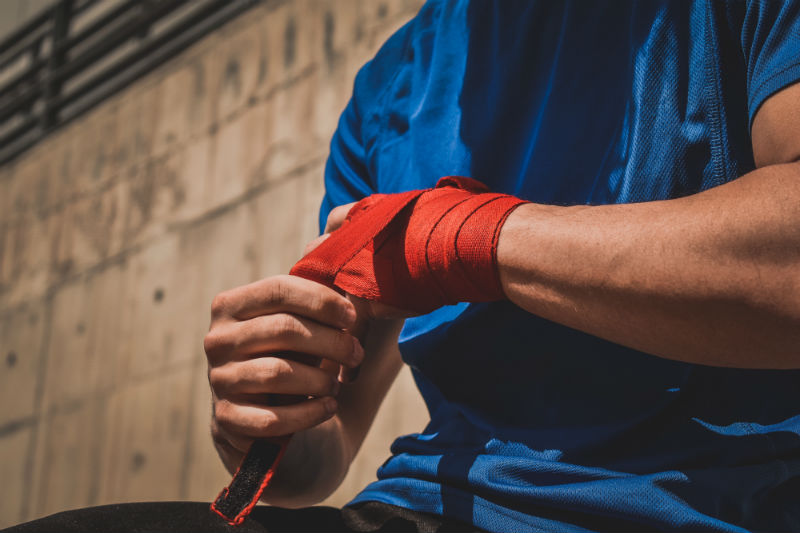 Workers compensation is a type of state-regulated insurance that protects both employers and employees in the event of a workplace injury, illness, or death.  Before it’s conception in 1929, an employee that suffered an occupational injury would take their case to the civil courts.  Even if the claimant was awarded reimbursement for their medical bills, their case could take months or years to settle.  This means that workers—even when they had a successful claim—had to finance their immediate medical care at a time when they’re unable to work and earn wages.

This system wasn’t forgiving to business owners either.  When larger cases did eventually settle, employers could be on the hook for tens or hundreds-of-thousands of dollars in medical repayment or non-economic damages, which many times meant insolvency—especially for smaller companies.

The current workers compensation system was implemented to address both of these issues: 1) immediate and fair compensation to injured employees, and 2) limited liability protection for the employers of injured workers.

Workers Compensation in the U.S.

Workers compensation laws in the United States vary drastically by-state.  For this reason, employers that find themselves involved in a workers comp claim should consult their local authorities, an insurance professional, and—perhaps most importantly—a knowledgeable attorney.

Most employers are subject to carry compulsory workers compensation insurance, either through a private insurer or through a state-administered fund.  When employers are required to carry coverage, they’re usually required to cover all of their workers.  The policies are maintained through regular premium payments.  The exact rates depend on a number of factors, such as the type of work, the gross payroll, and the employer’s previous record of worker injury/illness.

Remember, workers comp was established to protect both employers and employees.  In the event of a claim, the insurance will reimburse the worker (ie. the claimant) for medical expenses and lost-wages.  In return, the claimant is generally required to forfeit their right to sue the employer for negligence.  For this reason, workers compensation is sometimes called a “no-fault” system; employers—even when they may be responsible for the workplace injury—aren’t legally held accountable for their negligence.

Most workplace injuries are covered by workers compensation, meaning that affected employees will receive immediate reimbursement for medical bills and wage-replacement while employers will be protected from various injury-related claims.  However, workers compensation coverage doesn’t always preclude lawsuits.  In some situations, workers are in-fact able to sue an employer over a workplace injury, illness, or death.  For employers, it’s critical to understand the situations that may render you and your business liable for an employee’s work-related injury.

When can an Employee Sue an Employer for a Workplace Injury?

Under certain circumstances, workers compensation coverage will not restrict injured employees from taking legal action against their employer.  Albeit rare, it’s important for employers to be cognizant of these situations.  Without the protection of workers compensation, lawsuits associated with workplace injuries can be financially devastating for business owners..

Fortunately, these situations aren’t very common and are typically the result blatant misconduct, poor judgment, or negligence on the part of the employer.  These may include:

The first bullet-point—the intentional injury of a worker—can include physical maltreatment or emotional abuse, the latter being the more common of the two.  Many states allow workers to claim these intentional workplace injuries, while some states do not.

Decent and sensible employers will avoid these situations at all costs.  Again, legal claims that aren’t precluded by workers compensation coverage can sometimes cost a business millions-of-dollars in legal fees and reimbursements, especially because claimants in these situations can seek non-economic damages such as ‘pain & suffering’.

The protections provided by workers compensation coverage are invaluable for employers.   However, the insurance will not cover every workplace injury and in some instances, employees can take legal action against their employer outside the scope of workers compensation.  Importantly, these situations are relatively rare and are usually only triggered when employers act with flagrant misconduct or negligence.

So long as business owners take the time to properly train employees, comply with the safety codes, act with decency, and carry the state-required workers compensation insurance, they’ll likely avoid these perilous situations.  Of course, workers comp laws differ state-by-state and owners should consult local authorities if they’re unsure about their local regulations.

Can I Fire an Employee Without Cause?
Do You Have Employment Law Questions?
Talk to a Labor Lawyer

Can I Fire an Employee Without Cause?